The Navy confirmed on Sunday that at least 21 people were injured after a three-alarm fire broke out following an explosion on the USS Bonhomme Richard.

Naval Surface Forces reported on Twitter that a fire was called at 8:30 a.m. as the ship was docked at a Naval base in San Diego and 17 of the 160 sailors onboard as well as four civilians sustained non-life-threatening injuries and were transferred to hospitals for treatment. “USS Bonhomme Richard is going through a maintenance availability and has a crew size of approximately 1,000,” they said.

USS Bonhomme Richard is a Wasp-class amphibious assault ship that was commissioned in 1998. All inport ships were directed to assist with the effort to combat the blaze; two neighboring ships — the USS Fitzgerald and USS Russell — were shifted further away from the fire.

The cause of the blast and the location of the fire on the ship were not immediately clear. 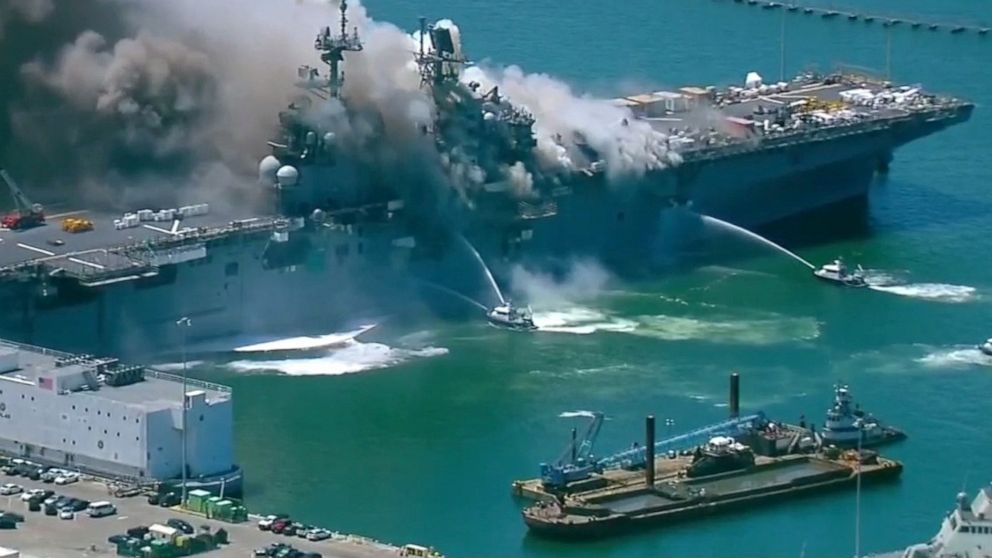 Via abcnews.go.com
More than a dozen sailors and several civilians have been hospitalized following an explosion on…
07/12/2020 10:06 PM