Ellen DeGeneres returned on Monday to kick off the Season 18 premiere of The Ellen DeGeneres Show, and addressed workplace misconduct allegations against her and her team.  The daytime talk show came under investigation over the summer for being a “toxic” workplace. DeGeneres has been at the center of a scandal after BuzzFeed News published a report in July 2020 which detailed staffers negative experiences on the Ellen set, including claims of being penalized for taking medical leave, and fear of retribution for raising complaints.

DeGeneres said in her opening monologue, “If you’re watching, because you love me, thank you. If you’re watching it because you don’t love me, welcome. How was everybody’s summer? Good. Yeah, mine was great. Terrific. I’m so happy to be back in the studio. There are a lot of things I want to talk about. I’ve been looking forward to addressing it all directly and unfortunately talking directly to people has been illegal for six months.”

She continued, “As you may have heard, this summer there were allegations of a toxic work environment at our show and then there was an investigation. I learned that things happened here that never should have happened. I take that very seriously and I want to say I am so sorry to the people who were affected. I know that I’m in a position of privilege and power and I realized that with that comes responsibility, and I take responsibility for what happens at my show.”

DeGeneres went on to say that the upcoming season represents the start of a “new chapter” for everyone working on the show, following an investigation that resulted in the dismissal of two executive producers. 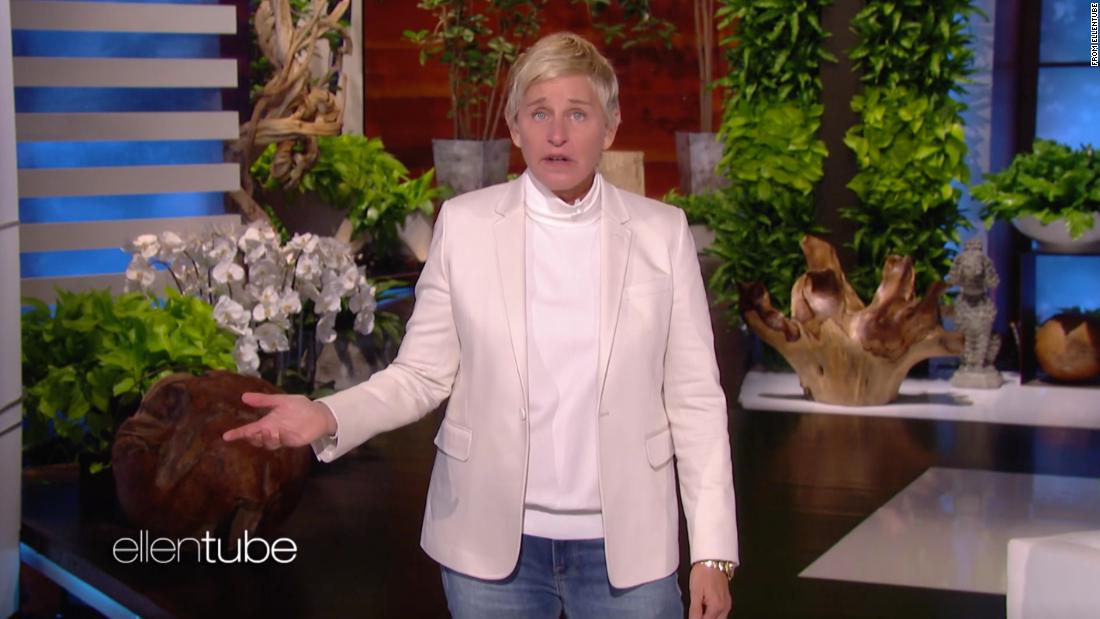 Via rss.cnn.com
Ellen DeGeneres returned to the studio for the season premiere of talk show and addressed…
09/21/2020 1:32 PM