Rapper 21 Savage and producer Metro Boomin’s third collaborative album, Savage Mode II, has debuted on the top of the Billboard 200 chart. The album marks the second No. 1 for both acts, the first for the pair’s three co-billed sets to hit No. 1. 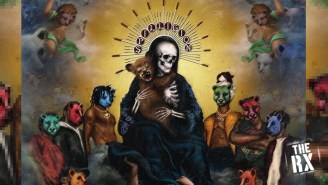 21 Savage And Metro Boomin Land The Second No. 1 Albums Of Their Careers With ‘Savage Mode II’