On Sunday, Denver authorities identified the security guard who was arrested after a fatal shooting near dueling protests by left-wing and right-wing demonstrators. The Denver Police Department said in a statement that Matthew Dolloff, 30, was being held for investigation of first-degree murder in a shooting Saturday outside the Denver Art Museum that left one man dead. Dolloff was being held without bond.

Authorities have not identified the victim of the shooting. The protests had taken place earlier at Denver’s Civic Center, where people had gathered for a “Patriot Rally” and a Black Lives Matter-antifa “soup drive.”  In an apparent response to social media posts linking Dolloff to the anti-fascist movement, the department said it was “unaware of whether the suspect is personally affiliated with any political organization.”

A Denver police official, Joe Montoya, said a verbal altercation preceded the shooting, which occurred as the protests were winding down. Photos of the confrontation captured by a Denver Post photographer appeared to show a man spraying something at another man with a handgun. Montoya said that video had been recovered, but he declined to provide details. He said two guns and a can of mace were found from the scene. He said investigators were still trying to determine what happened. 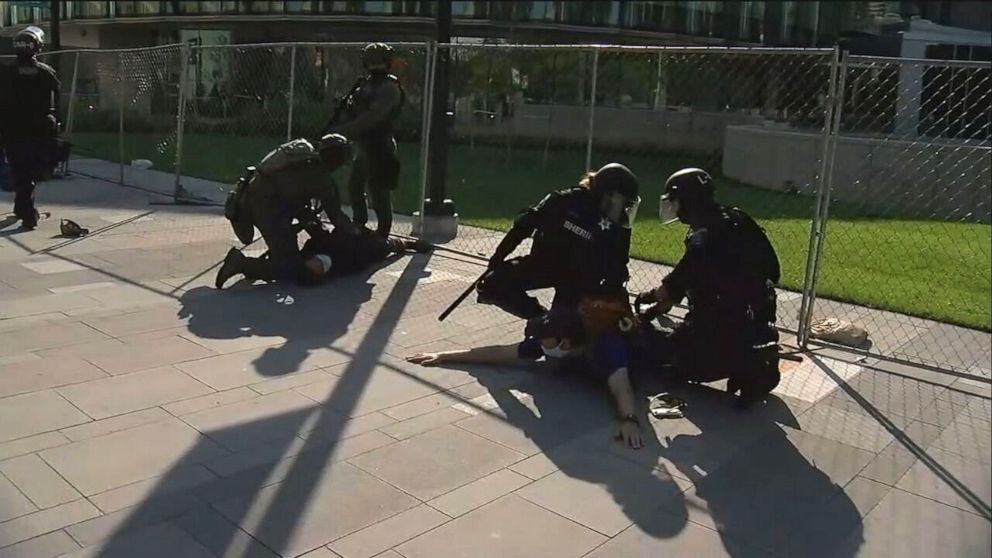 Via abcnews.go.com
Denver investigators are refuting rumors that the suspect under arrest for a shooting that…
10/11/2020 8:21 PM