Machine Gun Kelly and Halsey have dropped the new video for the song “Forget Me Too.”

In the video, Machine Gun Kelly and Halsey play a couple in a dysfunctional relationship. The song is produced by and features Blink-182’s Travis Barker on drums. “Forget Me Too” appears on Machine Gun Kelly’s fifth studio album, Tickets to My Downfall, released in September. The album also features the singles “Bloody Valentine,” “Concert for Aliens,” “My Ex’s Best Friend” and “Drunk Face.”

Halsey released her third album, Manic, in January. She has since released the EP Collabs, featuring songs with Suga, Juice Wrld and other artists.

Take a look at the video for Forget Me Too at the link: here. 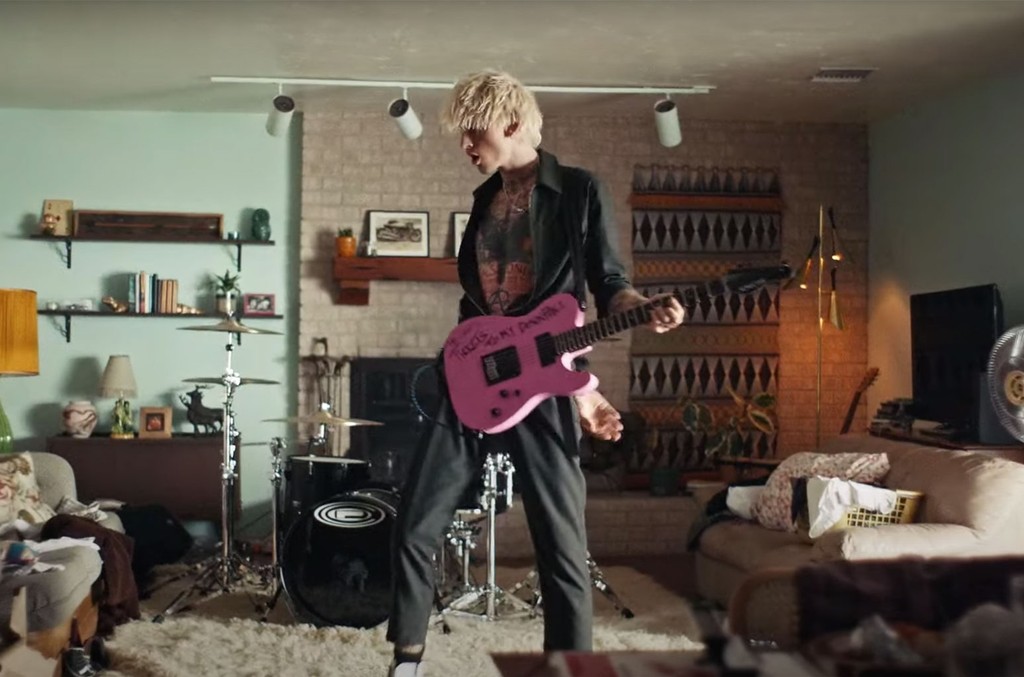