Katy Perry is back with a new music video for her song “Not the End of the World,” starring her celebrity lookalike, actress Zooey Deschanel.

The video pokes fun at Perry and Deschanel’s resemblance. In the beginning of the video, aliens accidentally abduct Deschanel instead of Perry and mistake her for the singer. The video ends with Deschanel dressed up and performing as Perry.

“Not the End of the World” appears on Perry’s sixth studio album, Smile, released in August. Perry released Smile just two days after giving birth to Daisy Dove, her daughter with her fiancé, actor Orlando Bloom.

You can check out the video for Not the End of the World – here. 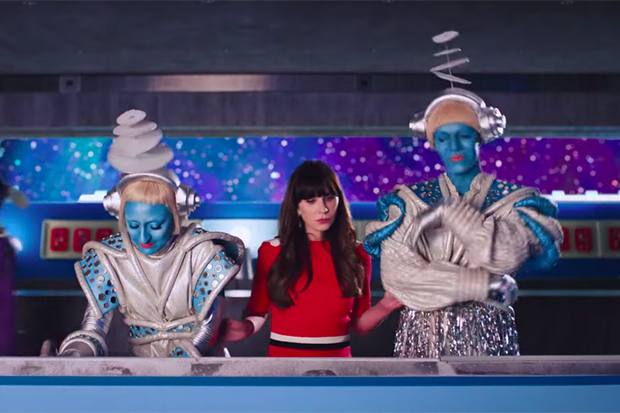