President Donald Trump said Tuesday he will disclose his new nominee for the Supreme Court on Saturday,  Trump told reporters as he left the White House for a campaign stop in the Pittsburgh area, “I’ve spoken to many (people) and we’re getting close to a decision.” The announcement is tentatively set for 5 p.m. EST on Saturday, the president said. Trump has said he will nominate a woman to fill the seat held by the late Justice Ruth Bader Ginsburg, who passed away on Friday.

Trump is expected to speak with one of his top candidates – appeals court judge Barbara Lagoa of Florida – on Friday, when he is in Miami, On Monday, Trump met at the White House with another leading contender, Indiana-based appeals court judge Amy Coney Barrett. Trump wants the Senate to vote on his nominee by Election Day on Nov. 3.  However, Senate Democrats are vowing to block Trump’s nominee, arguing the winner of the 2020 presidential election should have the right to make the lifetime appointment – an argument Republicans used when a high court vacancy occurred before the 2016 presidential contest and Barack Obama was in the White House. 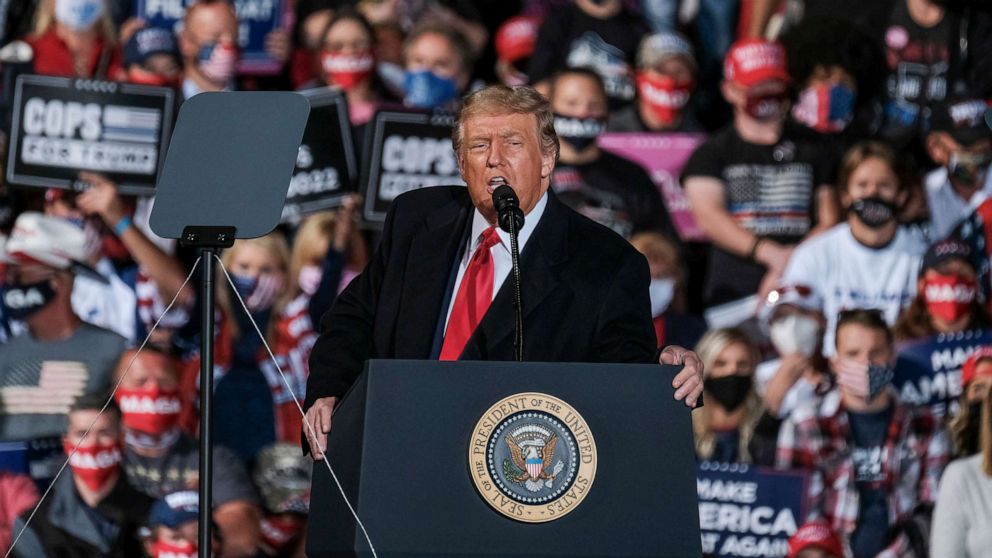