President Trump was discharged from Walter Reed National Military Medical Center on Monday, and returned to the White House after being treated for COVID-19 over the past three days. Trump left the hospital in Bethesda, Md., at around 6:40 p.m. Monday evening wearing a mask, while flashing a thumbs up and a balled fist to cameras before entering a motorcade for a brief drive to board a Marine One flight back to Washington, D.C.  Before emerging from the hospital, the president tweeted that he would “be back on the campaign trail soon!” In a video message shared to his Twitter account Monday night, Trump thanked the staff at Walter Reed and again urged Americans not to fear the virus.

Trump’s medical team said he had met the requirements for discharge, however his physician Dr. Sean Conley did note that the president “may not entirely be out of the woods yet,” adding that the White House medical unit could handle his ongoing treatment. Conley said Trump hadn’t had a fever for 72 hours and that there was no evidence of the presence of live coronavirus. Trump has received “medical management that is within national, clinical and societal guidelines,” said Jayson Blaylock, head doctor at Walter Reed.

Conley acknowledged that over the weekend the president’s oxygen levels had dropped twice, and that he’d been treated with the powerful steroid dexamethasone, which is recommended only for COVID-19 patients who need oxygen, including those on ventilators. Doctors say COVID-19 patients remain especially vulnerable to complications for as many as 10 days after their first symptoms, and Trump’s age and weight place him in a high-risk category. 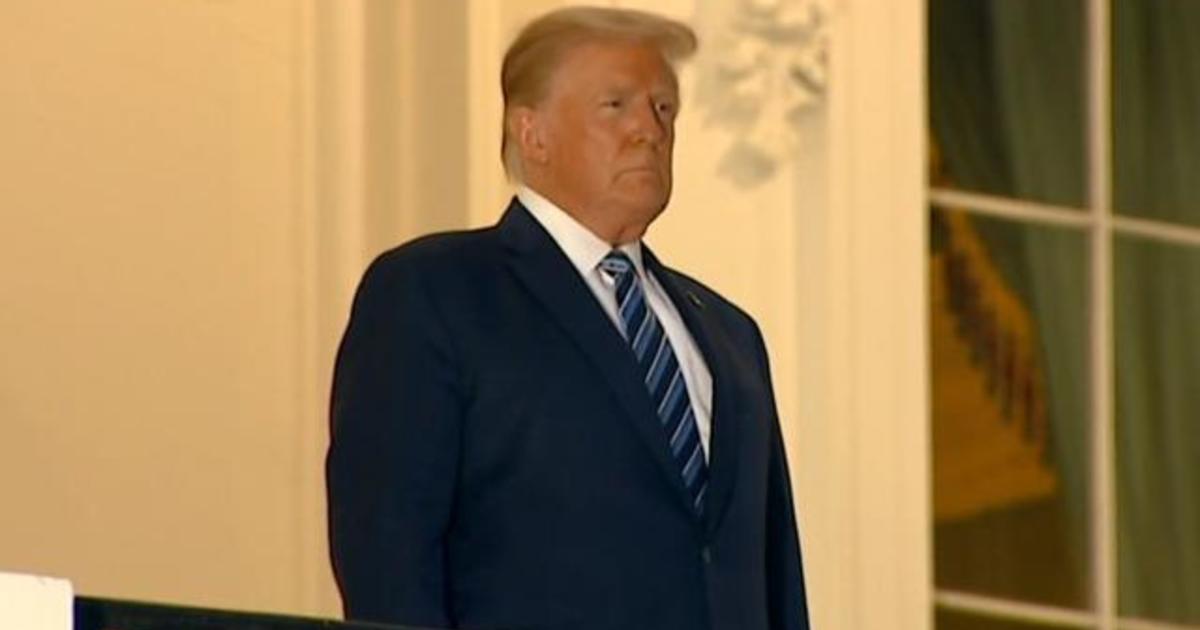