The Biden campaign announced that someone who was on a flight with Vice President Joe Biden to Ohio on Monday and Florida on Tuesday has tested positive for COVID-19. The positive result was discovered through contact tracing following the positive diagnosis of Sen. Kamala Harris’ communications director, and a non-staff flight crew member. However, the campaign says that Biden and the member who tested positive did not have any passing or close contact during the flight and he is not required to isolate.

The Biden campaign announced Thursday that he had tested negative for COVID-19. Harris and her husband also tested negative for coronavirus on Thursday, according to an aide, but she will not return to in-person campaigning until Monday after her communications director tested positive Wednesday night. 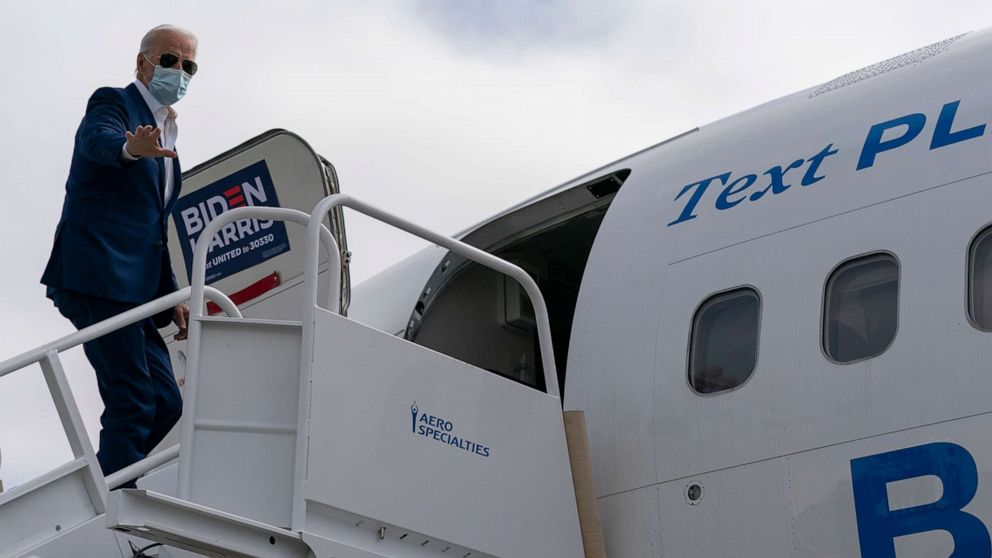 Via abcnews.go.com
The Biden campaign has announced someone who flew with the former vice president to Ohio on…
10/15/2020 7:33 PM